Are You Alcoholic? We can Help You..

Iraq parliament in surprise vote to ban alcohol
The ban was a last-minute addition to a draft law on municipalities that caught the anti-ban camp flat-footed.
BY: AFP | BAGHDAD |
Published On:October 23, 2016 2:56 Pm
Iraq’s parliament on Saturday voted to ban the sale, import and production of alcohol, in a surprise move likely to anger some minorities but also to please influential religious parties. Proponents of the ban argue that it is justified by the constitution, which prohibits any law contradicting Islam. But some opponents argue that it also violates the same constitution which guarantees the traditions of religious minorities.

When you are drunk and you need to set alarm.. 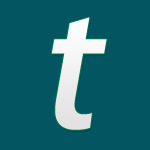 Delhi shrouded in smog for

Sharing of your eye catching pictures, videos and news of trendy topics are listed under the Drinking Alcohol category.